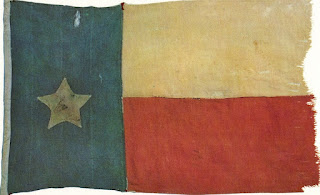 Last week, I had a wedding and a work meeting in the Dallas area. Everything is bigger in Texas, including trips there. I decided to stay for 10 days.

Kicking off the trip, I had the aforementioned wedding. It was at 6pm. In the summer. In Texas. Some wrestlers and fighters sleep in trash bags or hit the sauna so they can make weight. If you want to lose water weight, just wear a full suit and a tie to a Texas summer wedding. And be my dancing partner.

The morning after the wedding, my friends and I decided to go down to the river. If you’re interested in that sub-trip, you can read about it here.

Throughout the week, I worked during the day, surprisingly productively. At night, I was able to see family and friends. Seeing family is great, but I’ll spare you the details of my mom asking me, “New York is expensive, isn’t it?” – her ‘subtle’ way of asking me to move back home.

During one of the nights, I was able to see two of my best friends who now have their own family. I don’t have many regrets for moving away, but one of the main ones is that I’m unable to be there for their kids growing up. Their oldest, at the age of 2, is one of the most fun people I’ve ever been around. I almost don’t want to have kids of my own because he is too much the best.

He thinks all of my jokes are funny. He loves any and all presents I give him. He loves to talk shoes, especially about his Spider-Man and Cars ones. WHAT UP, SAMANTHA? He also finds it hilarious to smell my shoes. WHAT UP, SAMANTHA AGAIN? The only downfall is that his bedtime is at 8pm. Also, he doesn’t have a cell phone or any money to party.


After hanging with my friends and their adorable family, I did some soul searching and realized that I really needed a pair of Spider-Man sandals. So after an hour on Amazon, I went to bed.

My shoe party marked the half-way point of the trip; the hump-trip, if you will. Actually, don’t. Don’t call it that.  Please.

Texas Trip to be continued, sweatily…