Music To Your Ears

I used to listen to Incubus.

CORRECTION: I had the band's decal on my '97 Honda Civic.  I used to love Incubus.


In high school, I was all about Incubus and Rage and Tool. Now my playlist consists of Wilco and LCD Soundsystem and Kendrick and on and on.

So what happened? Did I become a music elitist? A lot of my friends say yes. Well, I am here to stand tall and defiantly exclaim no, not really.

I didn't stop listening to Incubus because they became popular. I stopped listening to them because A Crow Left of The Murder was terrible. And all of their releases since then have gone in a direction I didn't care for.

If anything, my music appreciation is now continuously expanding. In high school, I never would have listened to a Loretta Lynn album or admitted to blasting Honky Chateau by myself. But a lot of the people claiming others are 'elitists' are stuck listening to Top 40, rarely branching to genres outside of Pop and Texas Country.


Just because you haven't heard of a band, doesn't make someone else an elitist for liking them. The onus should be on you to expand your music intake, not them to restrict theirs.

My friends will say, "Oh, he likes 'good music'." What may seem like a compliment comes across as sarcastic and even snarky. When they say "good music", they're referring to whatever Pitchfork deems as "good". While my judgement of albums align with Pitchfork's a lot, I don't use them as a bible. One of my favorite albums of 2011 was rewarded with a scathing review and a rating of 1.6.

'Good music' changes from generation to generation. The same generation that brought us Led Zeppelin and Creedence probably hate listening to Kendrick Lamar. Pitchfork is never going to review Mozart's Symphony #40. I won't hold my breath for a Paul Simon and Death Grips collabo. 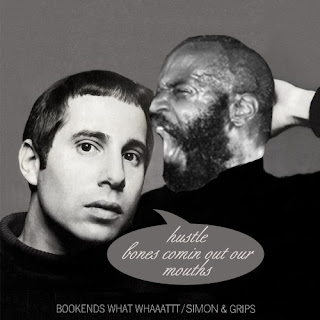 So who is that quality compass? Even if we figure that out, does it matter?

If you like it, listen to it. Own it. Don't listen to the new Ke$ha album on repeat in your car for 3 months and then claim that it's a guilty pleasure.


I don't believe in guilty pleasures. If you f***ing like something, like it. That's what's wrong with our generation: that residual punk rock guilt, like, "You're not supposed to like that. That's not f***ing cool." Don't f***ing think it's not cool to like Britney Spears' 'Toxic'. It is cool to like Britney Spears' 'Toxic'! Why the f*** not? F*** you! That's who I am, goddamn it!

Listen to what you want. Keep expanding your ear palate. Don't look down on others for what they listen to.