A lot of great music dropped the past two weeks. Like a lot. So I captured what I've been listening to. Maybe this will become a weekly or biweekly (is that twice a week or every other week?) thing. Maybe not.

Lend me your ears for this week's Soundup Roundup. 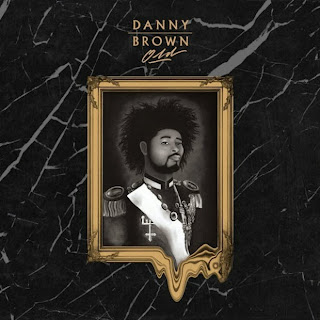 Danny Brown - Old
Old was easily my most anticipated album of the year. I already loved Danny. Then this album cover came out. Then he did a Reddit AMA. Then he dropped the album. And now I'm bananas about the guy.

The two halves combine for an immediate Top 10 album of 2013. Maybe Top 3. And something that I koala grab cling to with my previously open arms. While not physically released yet, you can stream it now.


Haim - Days Are Gone
The Stevie Nicks vibe these ladies put out makes my ears smile.

Favorite tracks: The Wire, Honey & I


Four Tet  - Beautiful Rewind
Kieran streamed his new LP via SoundCloud this week. It doesn't seem to be working anymore, but I got to catch it for a quick run through yesterday. It's just Kieran being Kieran so if you dig Four Tet or if you like music to sound good in your ears, then I recommend it. 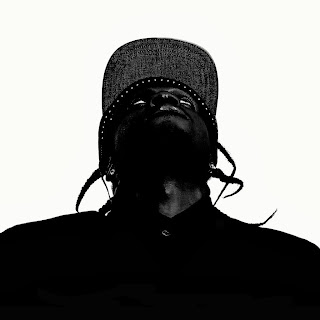 In college, I listened to Hell Hath No Fury approximately infinity times. I loved Clipse. I loved Pusha's voice and style. Did that give me street cred? Totally so much street cred. So much.

While he never really left - released a 45 minute EP a few years ago -  he's been making waves in the rap game recently without his Clipse-mate. Of course I've been paying attention. He just released a new album. It's great. So great. Trust me. I've got street cred.

Listen to it here (on MySpace lol).


Sleigh Bells - Bitter Rivals
Sleigh Bells are an interesting band for me. When I first heard their debut album on an NPR stream, it knocked me out. I loved it. I tried my hardest to make a baby with it. Maybe I overhyped them for myself, but Reign of Terror was very underwhelming for me. They cleaned up and lost a little bit of that raw energy. While I like a lot of bands that have a traditionally polished sound, that's not what I want this band to be. I loved the raw garage sound of the first record. I want that. Give me more of that.

With Bitter Rivals, we're kind of in the same middle ground of garage rock and polished pop. Maybe I just need to embrace it.

Listen to the new record here.


Arcade Fire
Arcade Fire were on SNL, debuting Afterlife. Then they went and released a 20 minute video of their SNL after-show special with three new tracks and several cameos. Words cannot describe the joy this brought me. I really can't describe it. So just watch it:


Haerts - Hemiplegia
I can't wait for this album. I had a chance to see these guys (and girl) at the Gorilla Vs. Bear showcase in Dallas. And I just adore them.


Drake - Nothing Was The Same
lol-OLO


Schoolboy Q - Banger
I was introduced to Schoolboy when he opened for Childish Gambino in Central Park last year. My only memory from it was during Hands on the Wheel he kept repeating "Weed and Brews". I loved it. As a joke.

I listened to his album the next day as another joke. But I was pleasantly surprised with how good it actually is. He's prepping a new album now. And I can't wait.

He released Collard Greens with Kendrick Lamar a few months ago. It is HOT HOT HOT.

This week, he released Banger. It is HOT HOT HOT.

That's it for this week (and last week). See you next time (and last time).