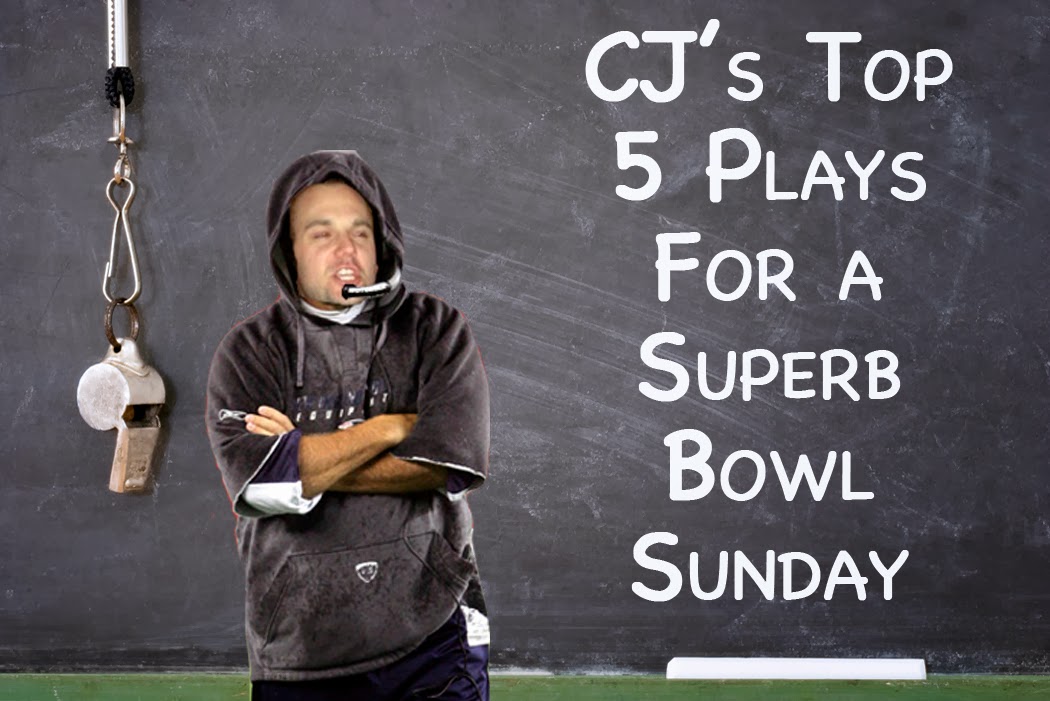 Superb doesn't look like a real word. Just look at it. Really look at it. Superb. To be honest, I don't know why I didn't just capitalize SUPER in the title instead. It's right there. If only there was some way to fix it. Oh well.

Here are 5 ways to have a happy good fun time watching the SUPER(b) Bowl this Sunday.

So how do you make the game interesting? Bet your friend some money. Or bet your "friend" some money. "Friend" in the second case is a bookie. If you don't have the money to bet, throw some personal belongings down. The game will be hard to ignore when your first-edition mint Charizard card is on the line.


Shoosh Everyone During Commercials
I brake for Super Bowl commercials. Who cares what the announcers during the game are saying? Not me. Scream away. Carry on your convos. But you better shut the hell up and let me watch this user made Doritos commercial. If you know me at all, you know my favorite American pastimes involve watered down beer, horses with hairy feet, and the bonds they make for all of us. And I'll be damned if you get in the way of that.


Complain About the Halftime Show
The Red Hot Chili Peppers and Bruno Mars are performing at this year's halftime show. Bummer, right? Bring this up at your watching party. You can even just read this off verbatim to look super (bowl) cool: "If only the free entertainment during one of the most watched events of the year would feature that tiny garage pop jazz fusion 2 person band from Brooklyn that only I've heard of. Ugh."


Watch With Other People
You're going to need someone to high five when you see Eli looking sad in a suite.

Be a Winner
It doesn't matter if you're a life-long Cowboys fan. I am. And it doesn't matter. Mainly because they aren't in the Super Bowl and were nowhere close to it (pour one out for Kyle Orton's accuracy). Go ahead and post on Facebook about how you're a fan of the winner of the Super Bowl and how you knew it all along. It will be great! Trust me. There's nothing worse than going into work the next day NOT being a super fan of the winning team. Just imagine all of the cool street cred you'll get. Who dat! Geauxiuy Saints!