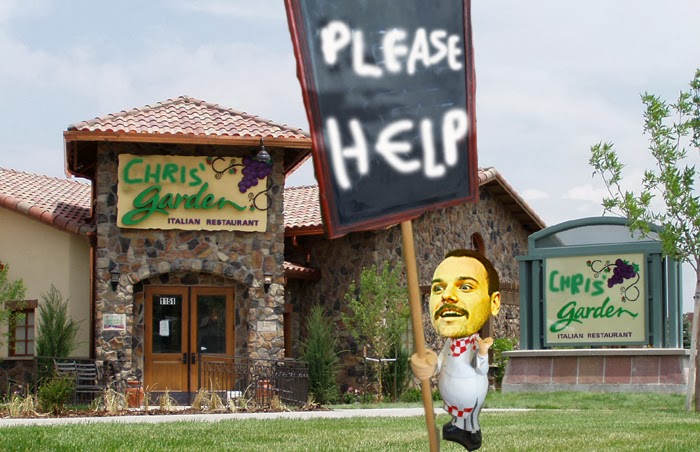 In an attempt to keep our relationship hot so hot, my girlfriend and I started making homemade pizza.

I'm Italian. I've lived in New York City for 3 years. I thought we could just figure it out as we went along hahahahahaha.

Some pizza knowledge must have rubbed off by now. Right? That's how I learned things in college - by rubbing up on books in the library. What I learned was that I wasn't allowed in the library anymore. But unlike calculus and biology, learning how to make pizza isn't Matrix'd in by osmosis or friction. Trust me.

Our first two pizza attempts weren't that bad. It was the blind leading the blind but we still led each other to The Promised Land of marinara, mozzarella, and pepperoni.

On our 3rd attempt, we had friends over to join. These friends have a pizza stone and one of those huge wooden pizza spatula things. Oh God. What had we gotten ourselves into? This was the big leagues. I had no pizza skills, no moustache, and no believable Mario accent. The pressure was on.

As I rolled out my dough, I quickly realized what was different this time as opposed to my first two attempts. Yes, it still looked like my girlfriend's dog had rolled the dough for me. But now I was self conscious. We had an audience.

After dressing the misshapen pizza up, we tried to transfer it to the oven. But we couldn't get it to slide off onto the stone. There was too much sauce. What we were able to get was the pizza folding in on itself. It was a mess.

Our guests proceeded to roll out a perfect circle for their pizza. This pizza belonged in the MOMA. I wanted to frame it and hang it over my couch.

About 10-12 crust-browning minutes later we removed our Franken-pizza from the oven. Our mistake of ingredients was staring us right in our faces. We had accidentally created a calzone. AND IT WAS SO DAMN DELICIOUS SHAKE THEM HATERS OFF ONLY GOD CAN JUDGE US.

Our guests enjoyed their perfectly crafted delicious pizza while my girlfriend and I 'Lady and the Tramped' our messy calzone. Romance.

You know what they say I made up  - when life gives you no pizza skills, make calzones.