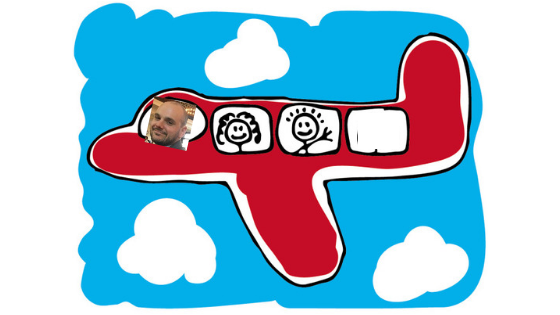 The photo resolution leaves a lot to be desired. Taken at weird angles and likely on a phone, the pictures we've seen of him may not win any photojournalism awards. And yet we've looked at them every day since we first saw the overly lit snapshots a year ago.

So this Friday we head to China to get our son.

We're as prepared as any new parents can be. All praise and shouts and we-are-not-worthy-ing to be directed at my wife. So much so that I'm leaving Borat jokes out of this. She's done everything that a human being possibly could do to get us to this point. She found the agency and filled out the paperwork and researched the grants. She planned the trip and coordinated the supplies and set up his room. She did all this while starting a new full-time job in a different career path and going back to school to get her masters. Yes, childbirth is a miracle and this isn't a contest, but what my wife did is something only she could do. You can fight me on that but she'd probably step in and punch you out.


Throughout the process my wife has kept moving, we've been asked a variety of odd requests.

Also throughout this process my wife has kept moving, a handful of our friends, people with good intentions, tell us we're doing such a good thing, that this is so noble of us. To which I'd like to politely disagree. Calling what we're doing noble makes it sound like we're doing our son a favor. The second he's brought to us, he's our son. Maybe my wife and I are selfish, but we're not doing this to save a child. We're doing it to grow our family. He should never feel that he owes us anything for being our son.


The trip to China to get him will be scary and challenging. We are strangers. And he's never seen white people. Sure, we (my wife) sent some photos of us and the dogs. But he's never seen a dog or smelled a house that ate pancakes for breakfast or felt a soft blanket grandma made. We're flipping his world upside down in a way that will be horrifying in the moment.

I'm intentionally leaving details vague, and I haven't written about our little guy or posted about the process until now. Why jinx it? If you'd like, I'd love to show you photos of him. And once he's home, I'd love to introduce you to him.

Our son just turned two years old, which means he already has a personality. The last update six months ago included some tertiary information to the effect of he doesn't like watermelon. Not too much about who he is as a little guy. Maybe he's chill. Maybe he loves Wilco like his soon-to-be dad. I don't really care. I just can't wait to meet him.