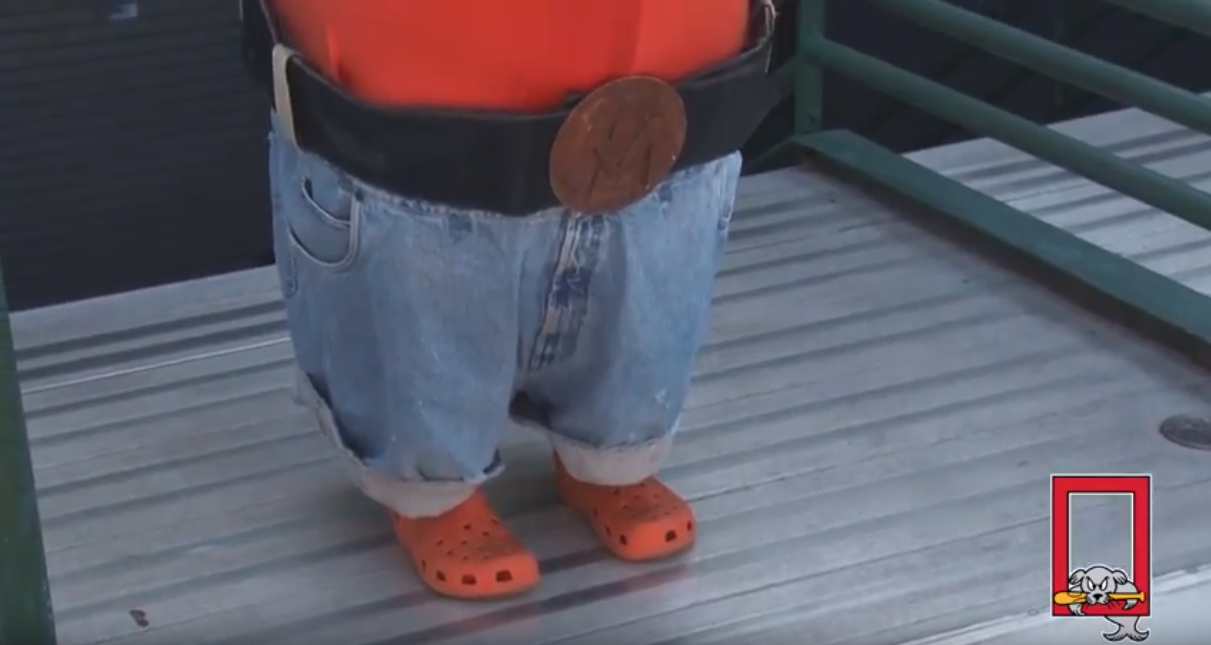 He’s a disgusting creature never to be trusted.

No, no, this isn't Mario Batali.

A mascot in and of himself, the cinnamon-roll aficionado Mario Batali is what some may say is the human form of what the Portland Sea Dogs pass off as their own secondary mascot: a Trash Monster.


This knockoff Oscar the Grouch exists to presumably eat trash. But according to the Trash Monster's biography, there's more than meets the eye when it comes to this Aaahh!!! Real Monsters wannabe.

He has hobbies: recycling and cleaning. Now, the cleaning part, I buy. But the recycling? Is he picky about what he eats? Are plastic and glass the gluten to his trash celiac disease? Where does a trash monster recycle? These are not setups to a Laffy Taffy wrapper joke. These are unanswerable and, frankly, embarrassing questions.


He has a favorite song: Yakety Yak. Not to be confused with Yakety Sax aka The Benny Hill song. It's a different song altogether. But, hilariously, Sax was inspired by Yak's saxophone solo. The opening lyrics of the apparently-inspirational Yak are as follows:

Take out the papers and the trash
Or you don't get no spendin' cash
If you don't scrub that kitchen floor
You ain't gonna rock and roll no more.
Yakety yak (Don't talk back)

The song goes on to demand other general household chores like taking out the dog and letting in the cat be completed. Not many more mentions of trash, just other teen-appropriate chores to which the teen replies, "Yakety yak." Ya know, the common teen clapback.

There are multiple Trash Monsters.


As you've likely come to expect from my loving crusade for mascots (yes, Furry Fandom comes from a heartfelt place), I have buried the lede. I've buried it deep into the deafaning darkness of the orange Trash Monster's wastebasket of a mouth. Now, here it is, the lede, fished out, and wiped of all stadium ketchup and liquid cheese: 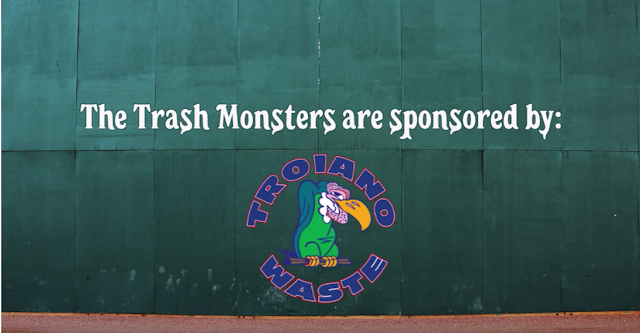 Slugger, the Portland Sea Dog's primary mascot, a proper sea dog and all-around good boy, would never accept blood money from faceless corporations. The Trash Monsters, however, have succumbed to their mammon god. May socialist Jesus have mercy on their souls.