For sale: this blog? 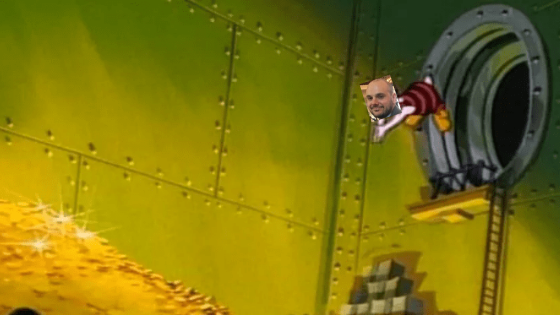 Respect. Value. Love. This is what we all want from our parents. And now, I have it. Sort of.

My dad wants my blog URL for himself.

He wants Jardoit.com. He wants to build a site for his real estate and renovation company. He wants to house that site at the URL that has housed my nonsensical blog for the past eight years. He probably also wants me to get out of the residential construction theme of this paragraph.


My dad, not even a Montell Jordan fan, wants a URL that plays off This is How We Do It. For a professional site. To be taken seriously.

Now, for a taste of his own dad medicine, here is a list of pros and cons of having this URL.

Will I sell my URL to my dad?

Well, he never actually offered to buy it. He just proposed that he wanted it like a reverse inheritance but we're both still alive and well — he, with a successful business of his own and me, with a URL coveted by a successful businessman. And look, I may act like I have principles and a healthy amount of self respect as evidenced by eight years of self deprecation. But everybody has a price.

So, until my dad writes a number on a piece of paper and slides it across the table while I act incredulous until I see the number and my eyes go wide hereby destroying any leverage I hoped to have in negotiation, well, then take a hike, pops (I've never called him pops before so you have all just witnessed a devastating negotiation tactic).

Money talks. And what it's saying is, "Show me the moneyyyyyyyyyyyyy because I am Cuba Gooding Jr. in Jerry Maguire."

The money is very meta. And, frankly, too on the nose.